AS IT TURNS OUT 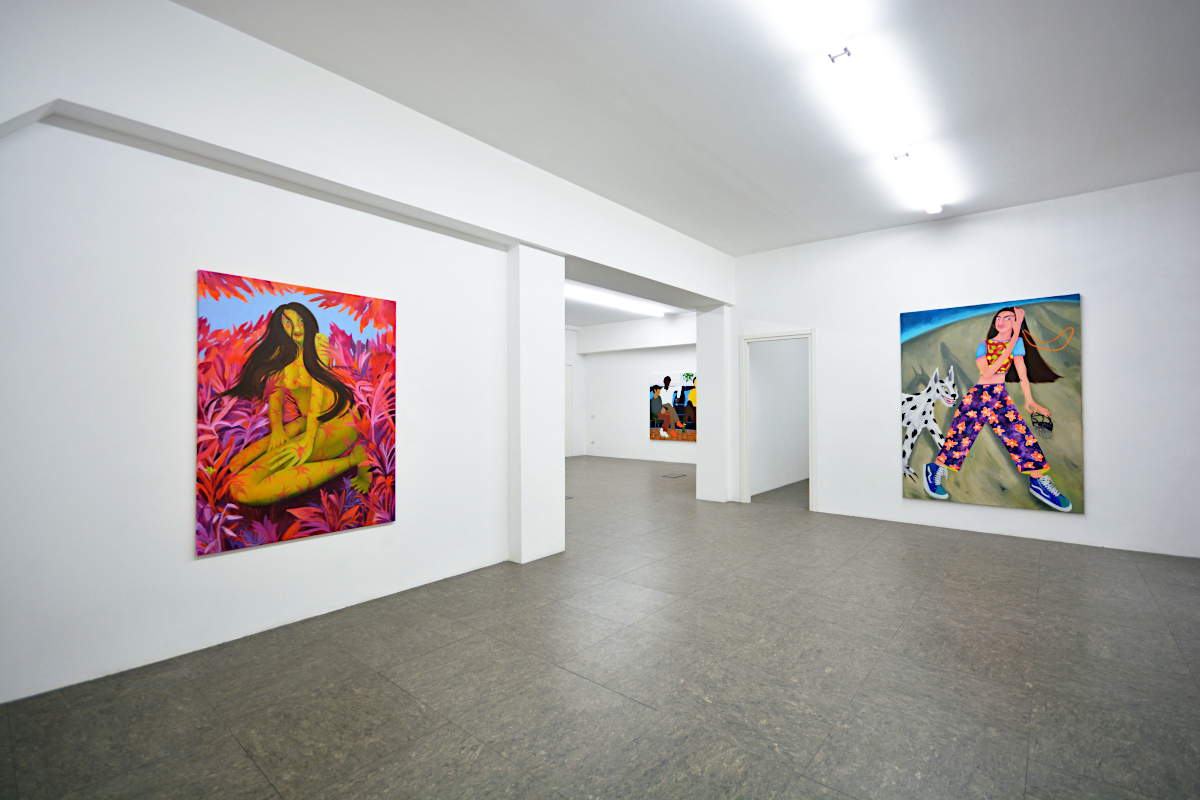 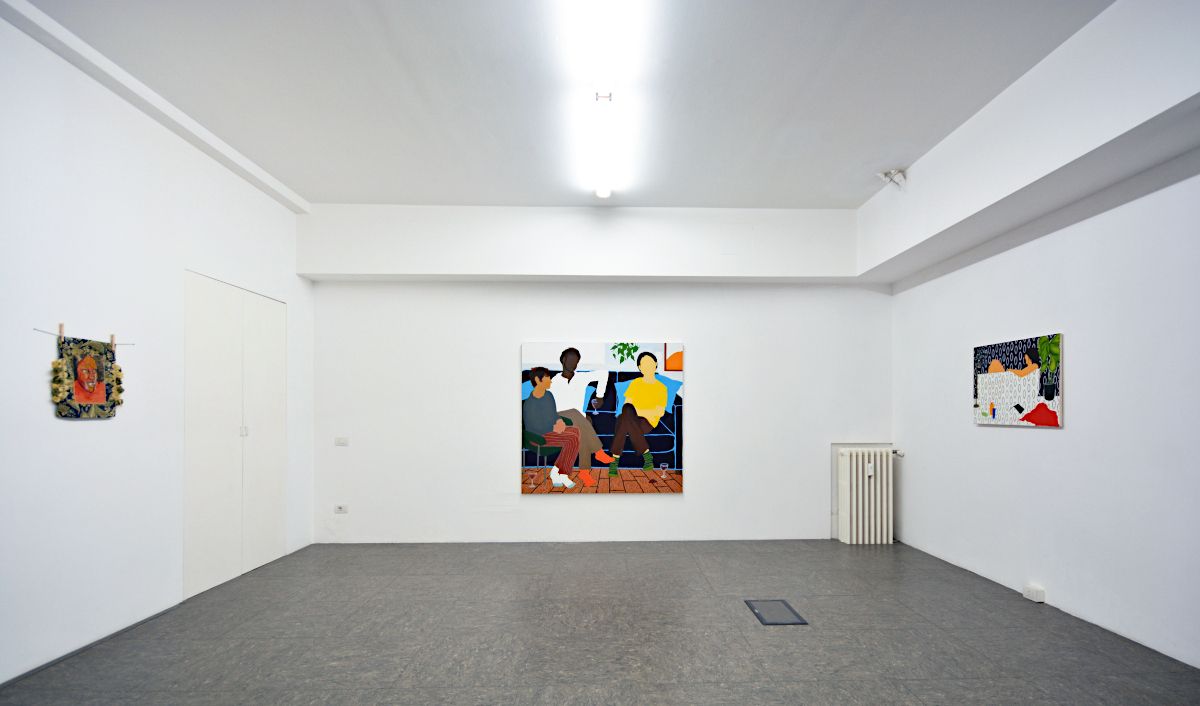 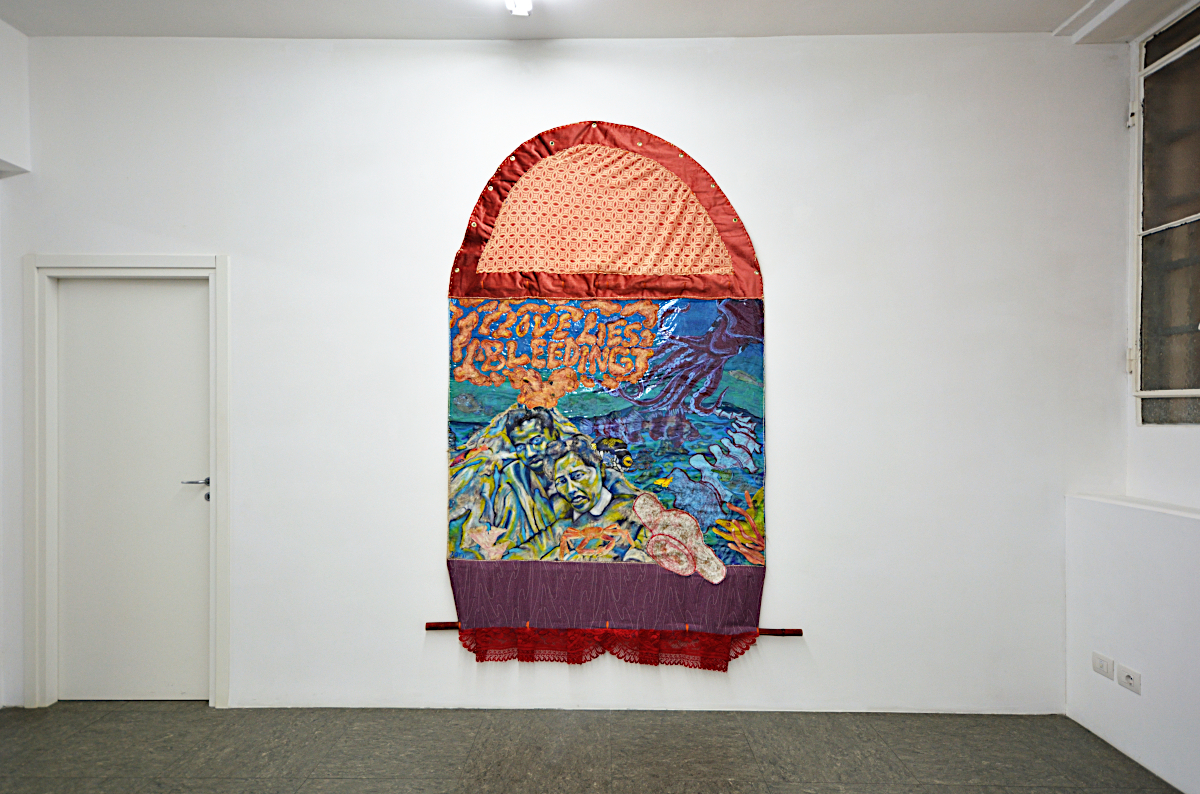 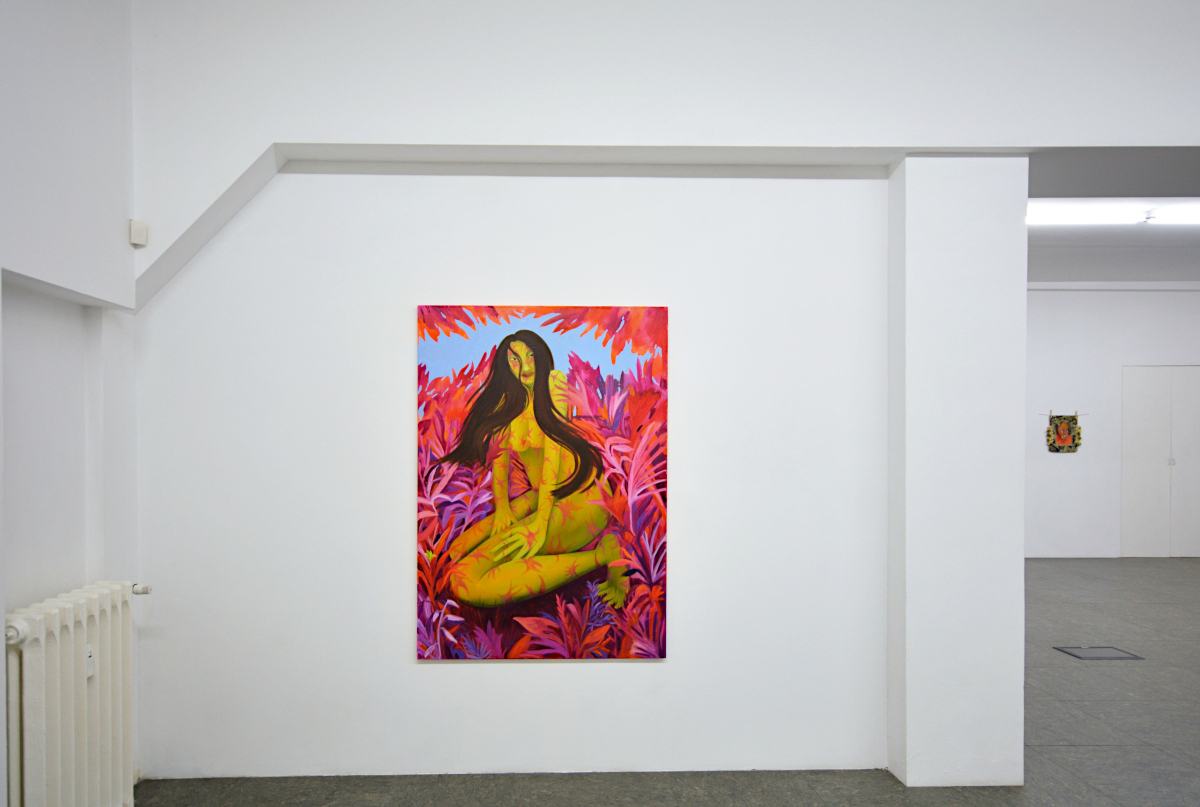 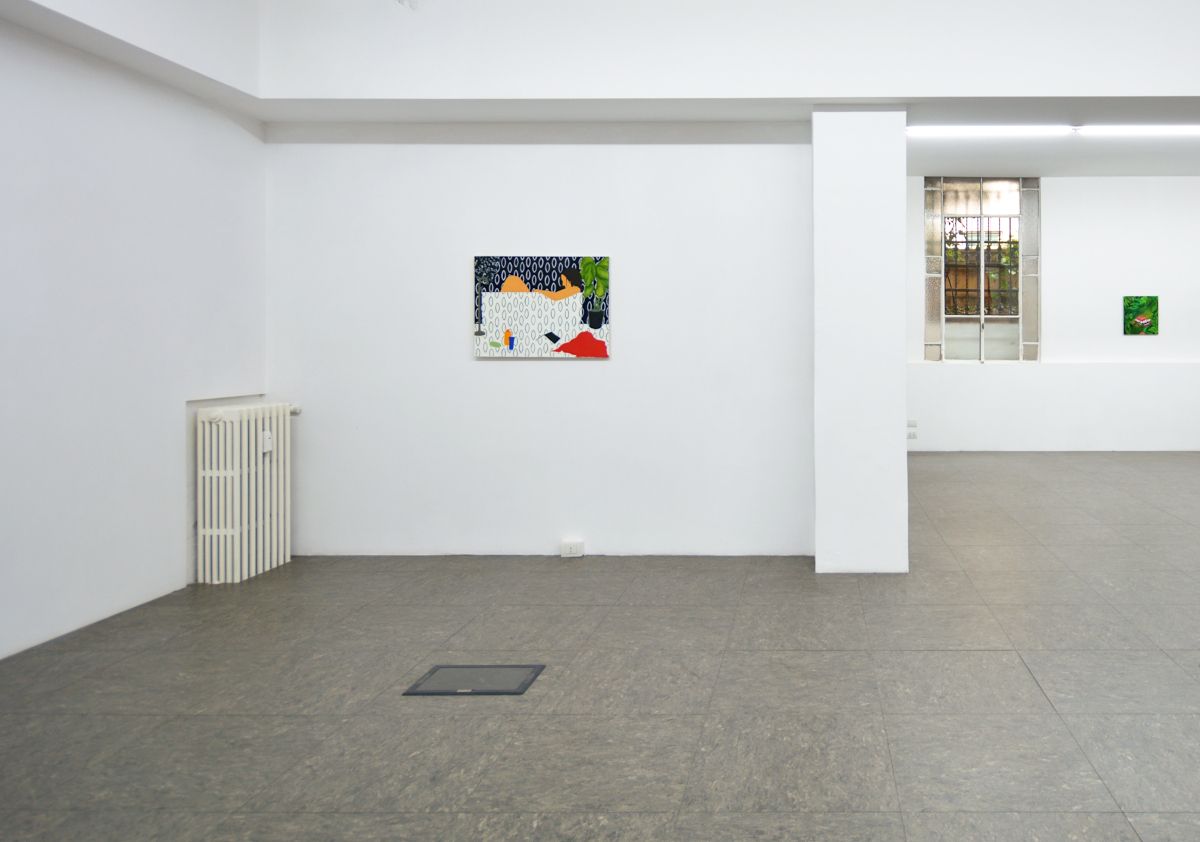 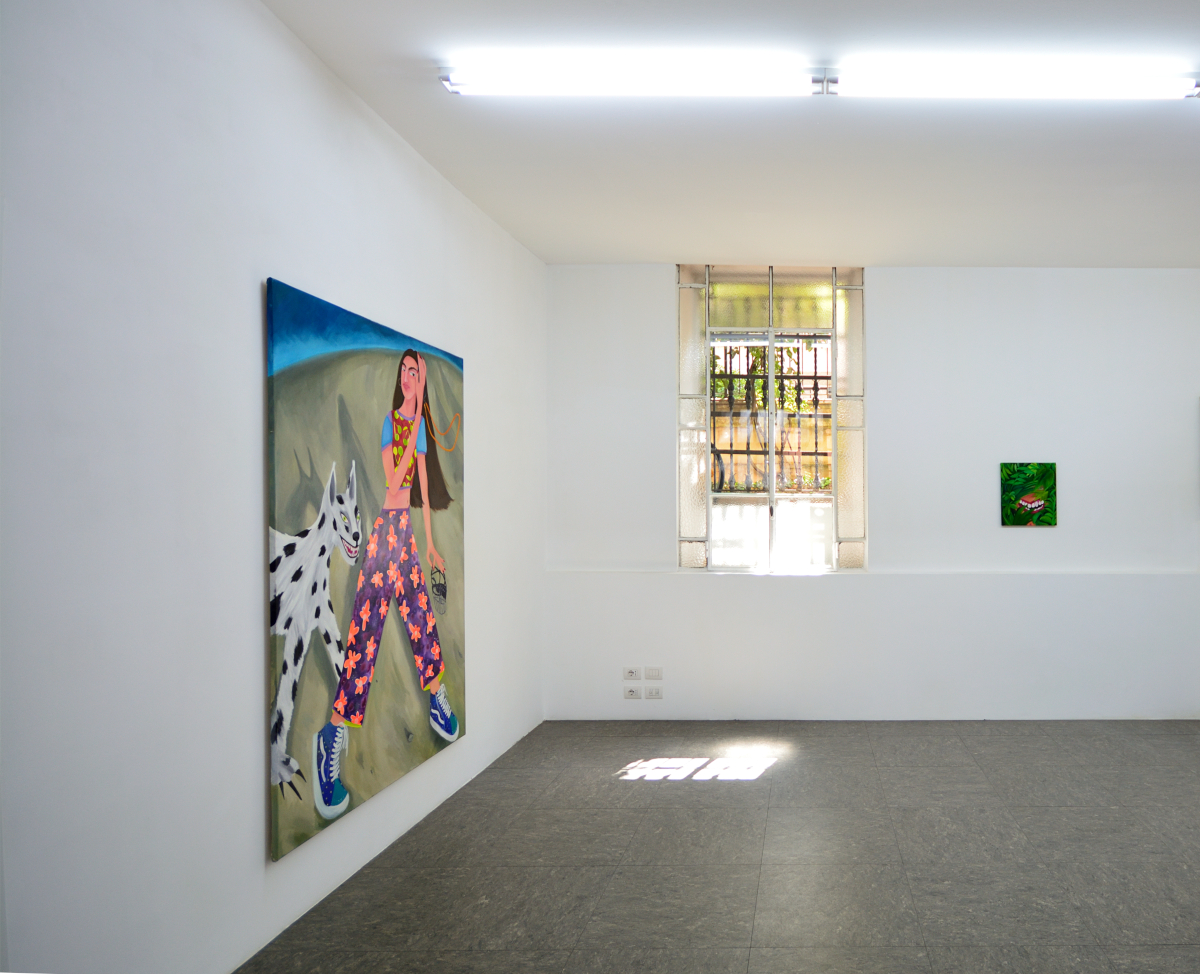 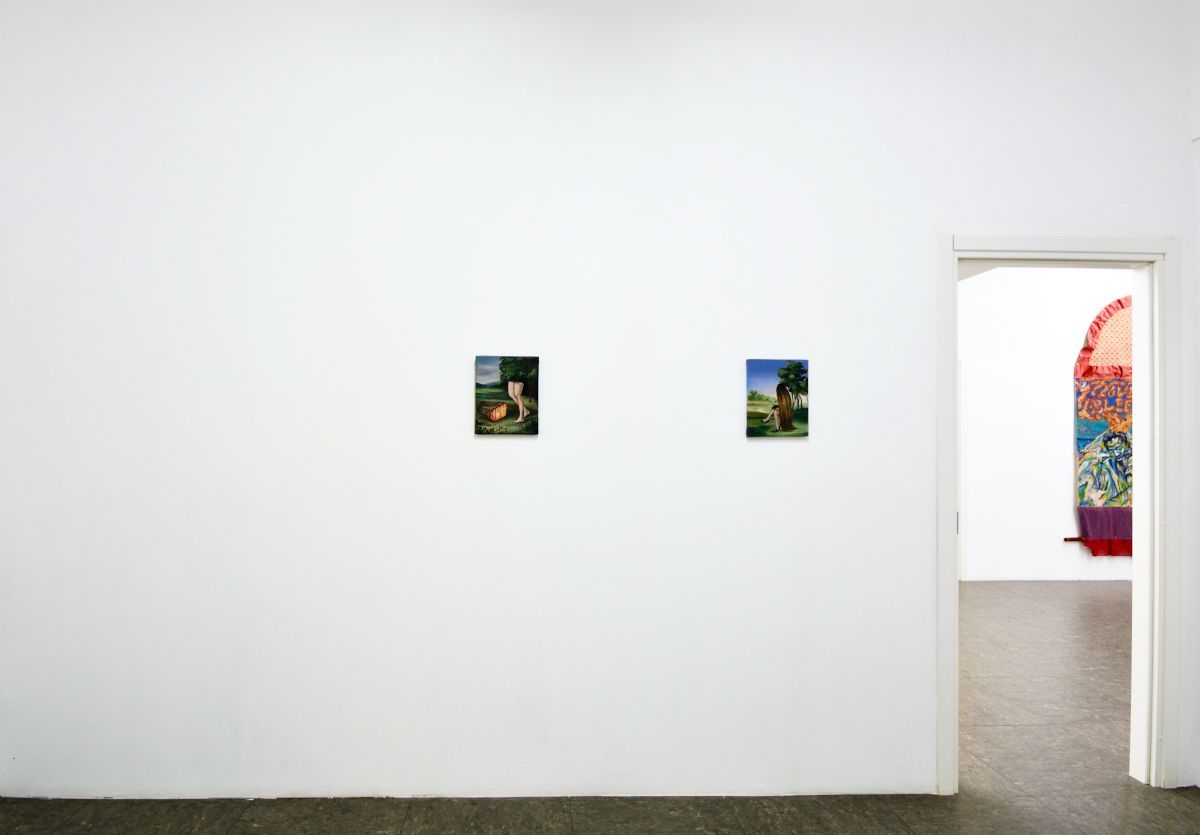 Plain Gallery is pleased to present As it turns out, a group exhibition of works by Florine Imo, Ornella Pocetti, Kiyomi Taylor and Grace Tobin. The exhibition runs from July 15th through September 4th, 2022.

As it turns out brings together 4 female artists who embrace figuration as the main theme of their research. Common or surreal figures, full of power and danger, sensitivity and "ugliness" who, analyzing their angles, establish a continuous dialogue with the observer.

Plain Gallery is pleased to present As it turns out, a group exhibition of works by Florine Imo, Ornella Pocetti, Kiyomi Taylor and Grace Tobin. The exhibition runs from July 15th through September 4th, 2022.

As it turns out brings together 4 female artists who embrace figuration as the main theme of their research. Common or surreal figures, full of power and danger, sensitivity and "ugliness" who, analyzing their angles, establish a continuous dialogue with the observer.


Imo’s paintings are evolving around her figures, which she sees as part of herself, but also as actors, playing out different life scenarios. Her paintings fluctuate between euphoric party scenes, playful, stereotypical representations of females and secretive meetings which the viewer just stumbled upon and interrupted. She creates a universe where women turn into mischievous, secretive, imperfect goddesses and start to live a life of their own. The artist sees her figures as independent beings, caring for each other, working together and building up their own cosmos.

Ornella Pocetti has always been driven by her reflection upon the relationship between feminine identity, nature, archetypes and culture, which she investigates and communicates through the language of art. Combining her profound admiration for surrealist artworks by Leonora Carrington, Marcelo Canevari, Leonor Fini and Aleksandra Waliszewska – to mention a few–, with her passion for horror movies and science fiction, Ornella sews a bond between her sensitivity towards contemporary issues and her pronounced inclination for the macabre, the unforeseen and the futuristic. She seizes familiar subjects re-elaborating them within her personal atavistic and mythological narrative, where the quotidian becomes uncanny, grim and perturbing.

Taylor’s work is driven by allegory and narrative storytelling. Her paintings and stop-motion videos serve as parables for an inner emotional life which she has always considered both grave and glorious. Her indelicate construction of mixed media scenes employ vivid color, varied texture, and distorted scale to intimate significance while pulling images from geology, biology, and an archive of personal photographs. These works elevate complex, but commonplace underlying feelings centered around family, relationships, shame, love, fear (and more) to the realm of the fantastical and the supernatural.

The practice of Grace Tobin investigates relationships to the environments we inhabit and how this impacts our sense of self and identity, -  as a documentation of personal narrative, where she speak to the varying values of experiences, people, places, and things that help inform and reform her identity. The graphical style of her painting is paired with repetitive patterns to mirror the themes of imperfection and repetition in our lives and routines.


Florine Imo (b. 1995 Vienna) lives and works in Austria where she is currently studying in her final year at the Academy of fine Arts, Vienna. She has participated in group shows at Lorin Gallery in Los Angeles, The Room Gallery in London, Tchotchke Gallery in New York, Jonathan Seiffert Galerie in Vienna, MISA ART in Berlin and CCA Andratx ( MISA ART - ARTIST FAIR ) in Mallorca.

Ornella Pocetti (b. 1991 Buenos Aires, Argentina). She studied at the University of National Arts in Argentina (UNA). In 2015, she had her first solo show, “Defying time“ at Acéfala Gallery (Bs As, Argentina). In 2019 she was selected to participate in “Artistas x Artistas”, at Munar Art Center. She was part of various group shows in South America and the United States. Currently, she works in Argentina, managing Paz Soldán Art Studio, where she has her studio, and as a part of the artist collective “Viento dorado”.

Kiyomi Quinn Taylor (b. 1995, South Orange, New Jersey) is a multimedia artist born and raised in South Orange, New Jersey. Taylor received her BFA from New York University in 2017 and her MFA from Columbia University in 2020. She has exhibited in and around New York City and Los Angeles, including but not limited to Steve Turner Gallery. Taylor’s work has been covered by The New York Times. She currently lives and works in Brooklyn.

Grace Tobin (b. 1993, London) grew up in New York City before earning her BA in Visual Arts with Honours in 2016 from Oberlin College. Although primarily working with paint, Grace also experiments with printmaking and mixed media. She has exhibited work in both the US and the UK. Grace is currently completing her MA in Painting at the Royal College of Art in London.