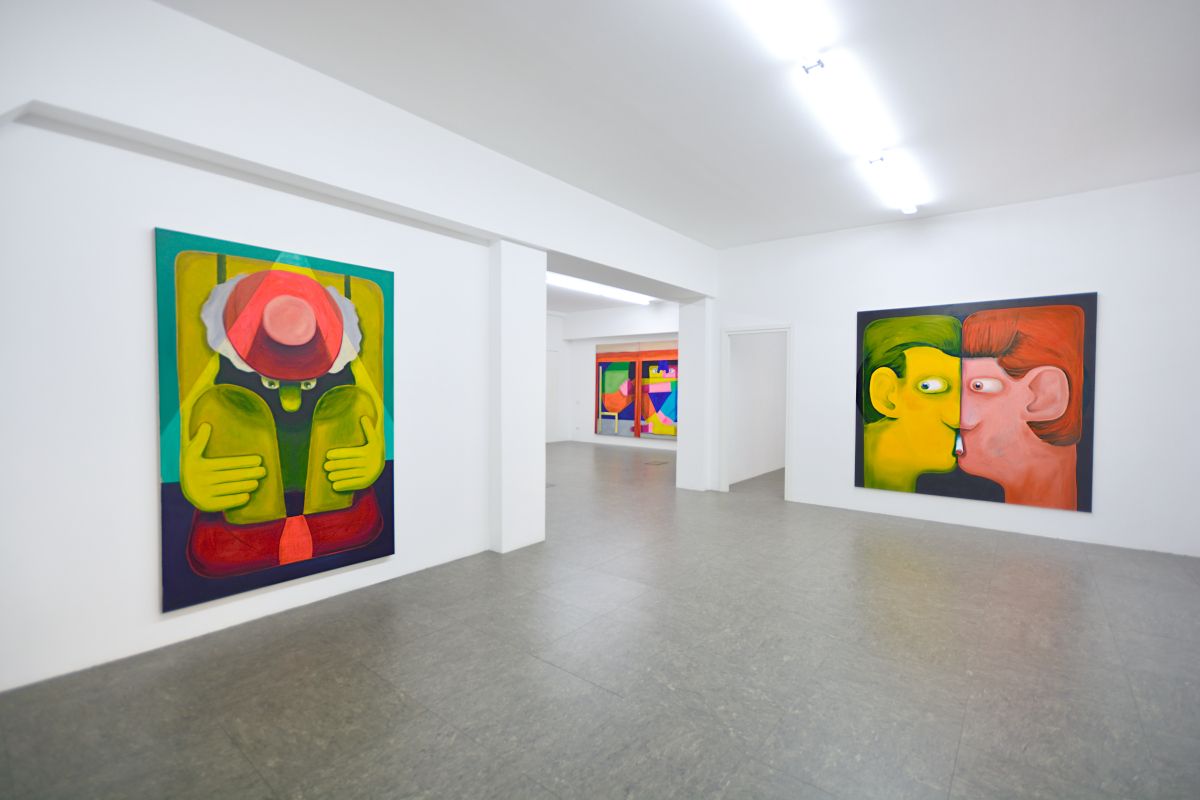 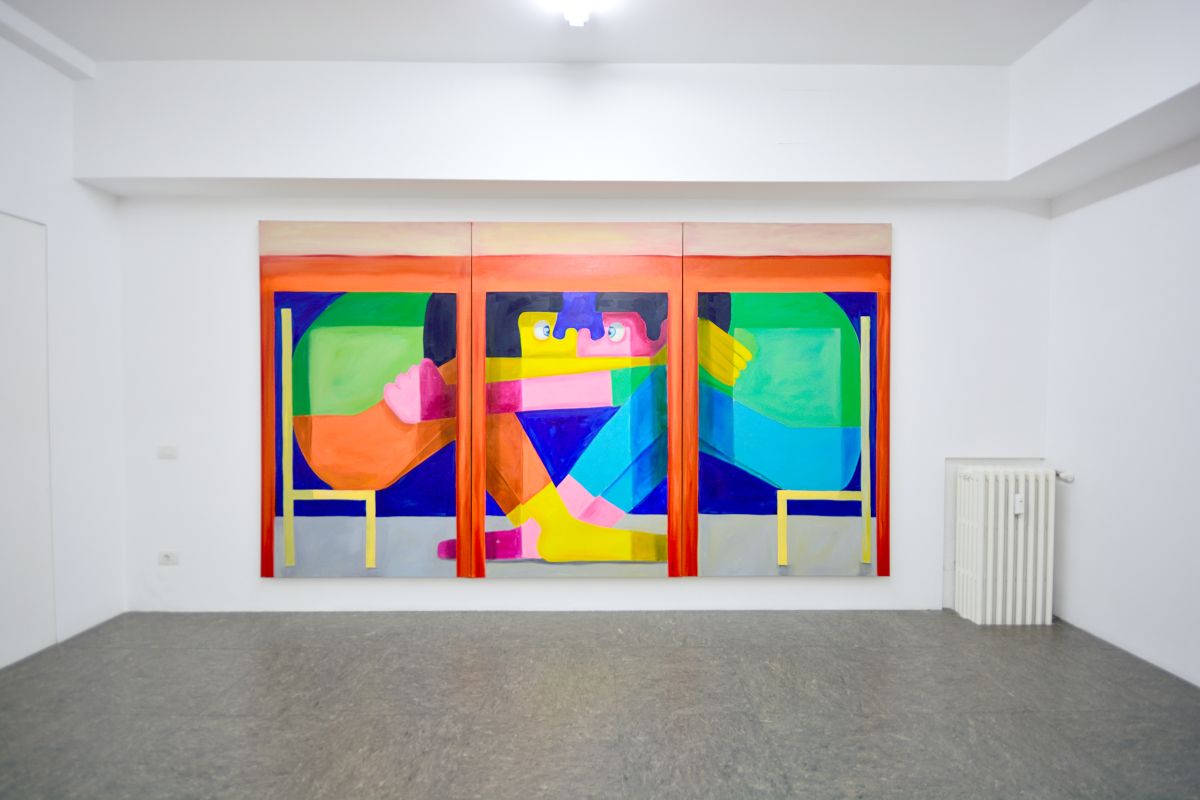 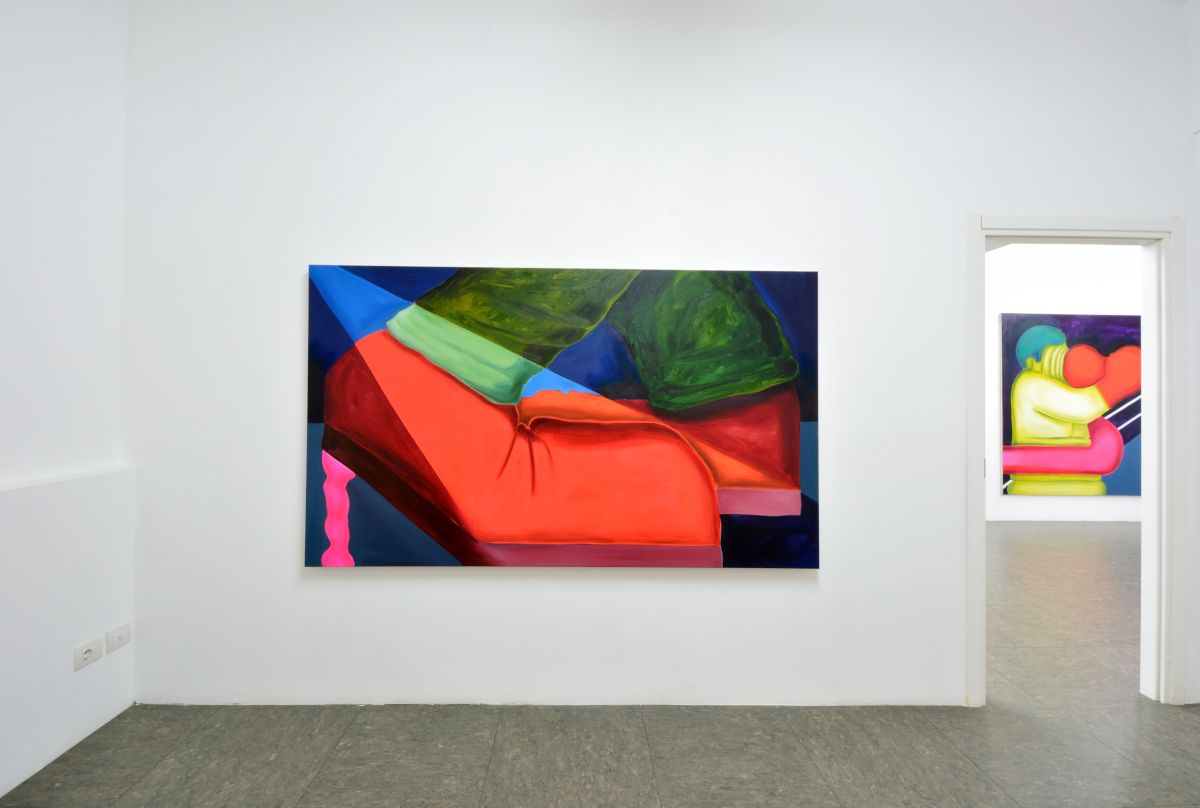 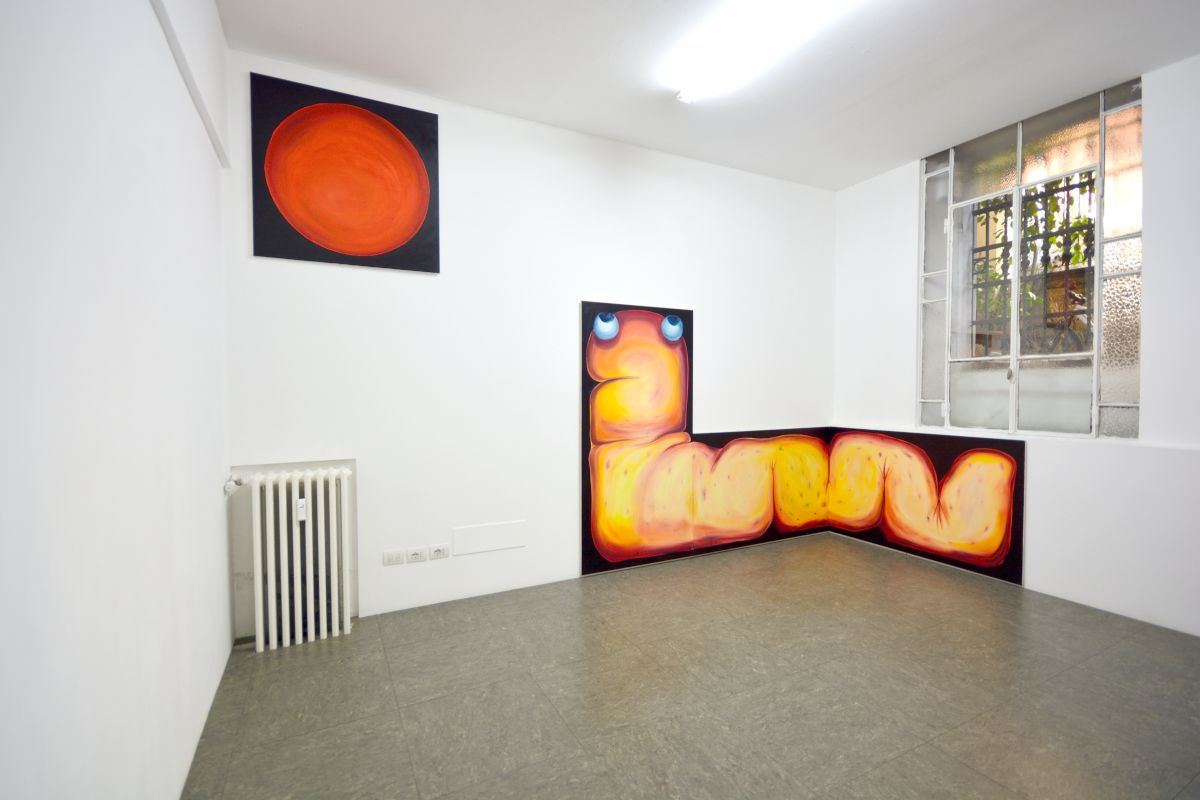 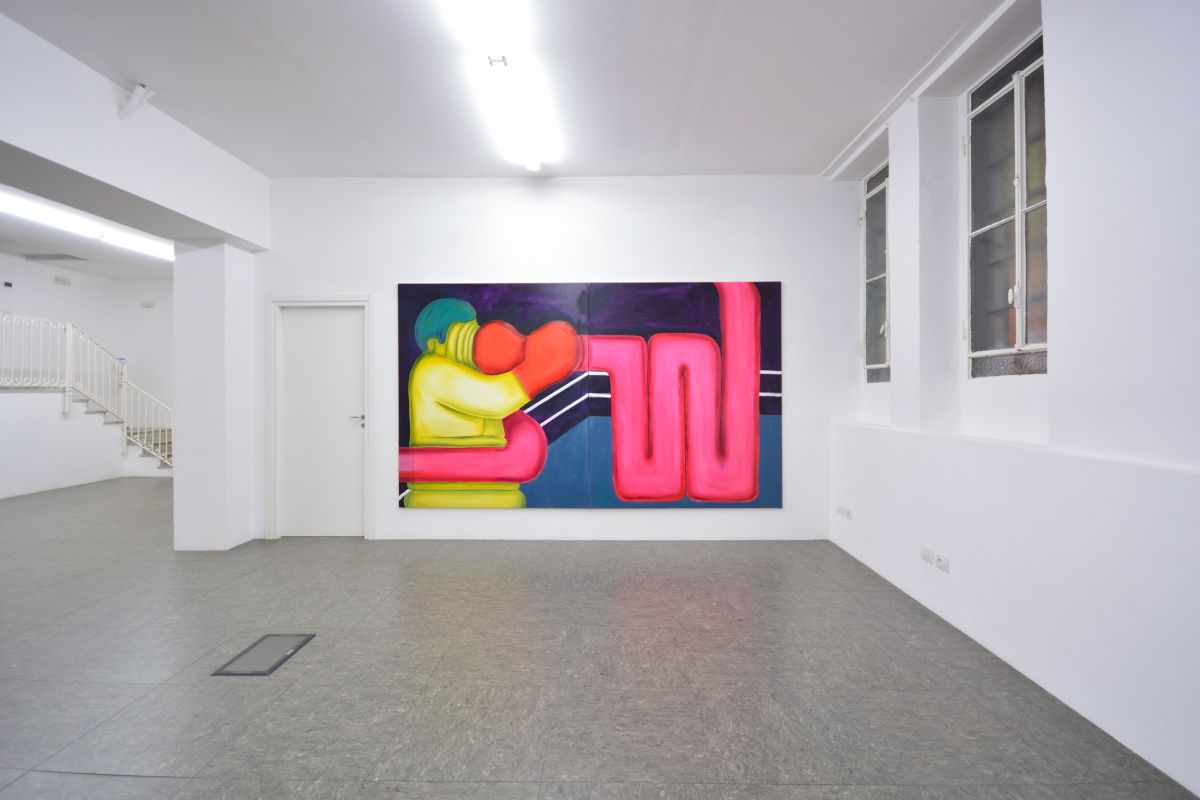 Plain Gallery is delighted to present BOXED IN , André Wendland’s first exhibition with the gallery.

Plain Gallery is delighted to present BOXED IN , André Wendland’s first exhibition with the gallery.

André has always been a big fan of cartoons. He started to paints on a range of surfaces, including flat screens, antique tube TVs, and discarded cell phones, always with a cartoon aesthetic. His paintings tell tales about angry drivers, soccer players or about sharing a big cigarette. Large-scale spaces, oftentimes simple figures, which then evolve during the process of the painting until being transformed into cartoon-like bold characters placed in bizarre positions and filled with bright colors. All figures (objects) are depicted on the canvas, emphasizing its borders and indicating that they are boxed in.

André Wendland (Leonberg, 1995) studies at the State Academy of Fine Arts in Karlsruhe in the class of Tatjana Doll. In 2021, he received the scholarship from the German National Academic Foundation. His works has been exhibited at Can Art Ibiza (Art Fair) with Galerie Droste - Düsseldorf / Paris, What’s Cookin’ Doc? (duo show) at Valerius Gallery - Luxembourg, NBBIII (group show) at NBB Gallery - Berlin. Lives and works in Karlsruhe.